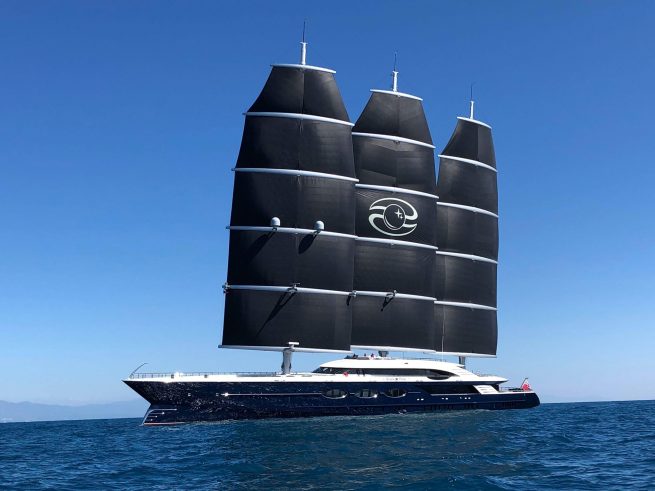 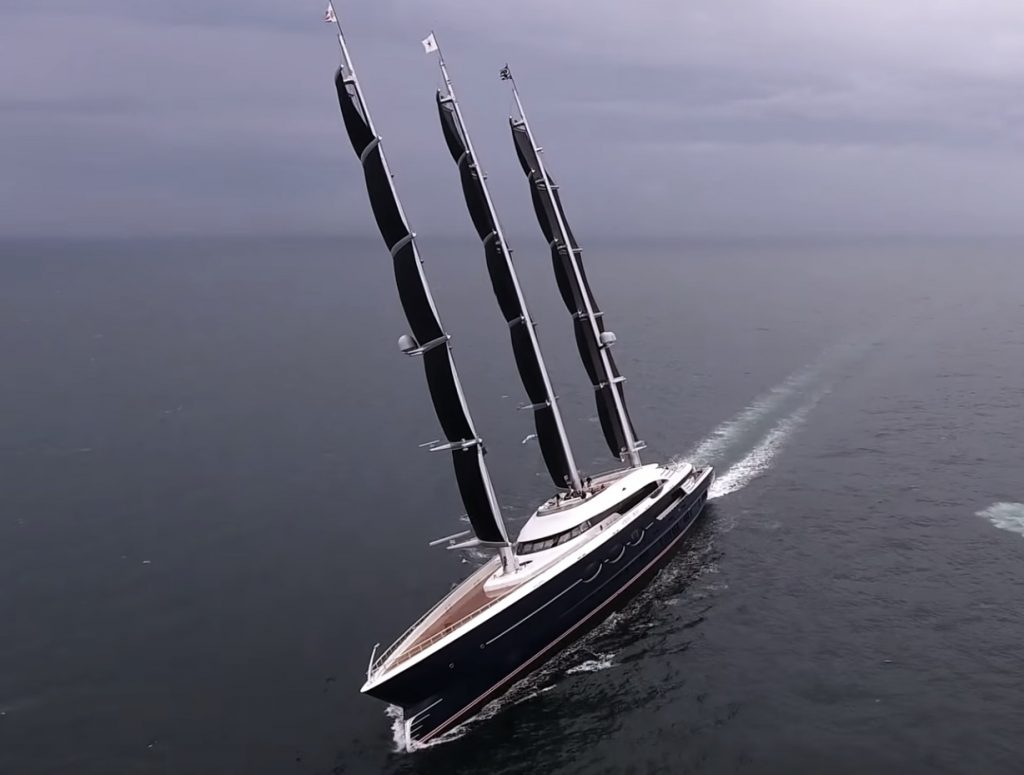 Black Pearl is a luxury sailing yacht with a steel hull and 106.7 meters long and 15 meters wide aluminum superstructures. It is among the first places on the list of the largest sailing boats in the world. A temporary classification that is quickly destined to change is now placed in second place immediately after “A” the sailing yacht designed by the world-famous French architect Philippe Stark. 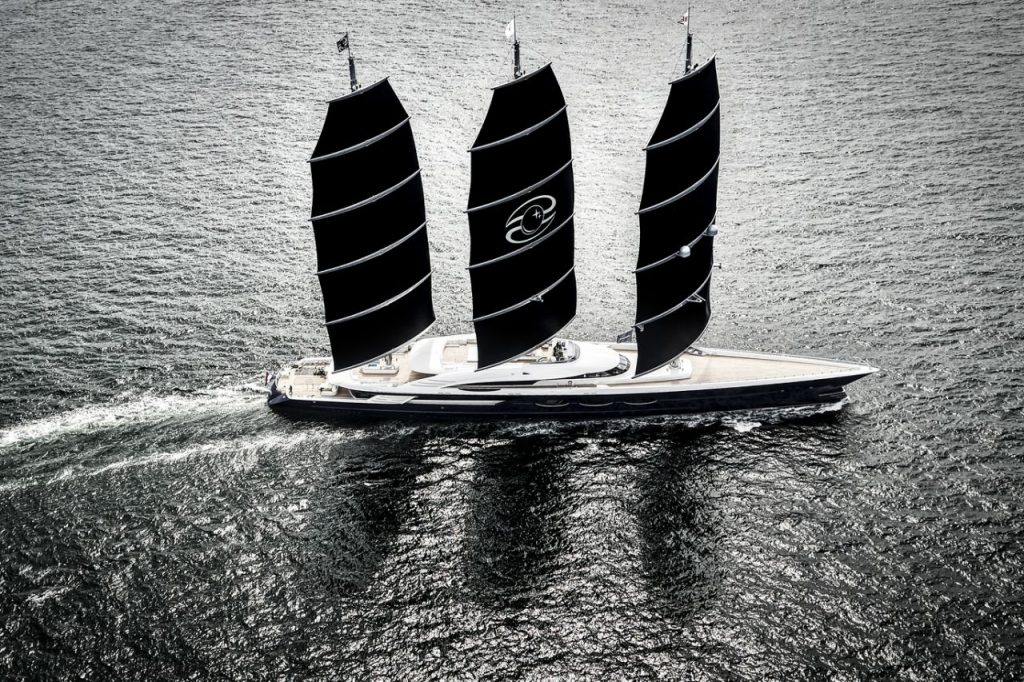 And it is also the second sailboat in the world with an extraordinary DynaRig rig which a wealthy owner wanted for the boat of his dreams. DynaRig is a high efficiency wind propulsion technology that uses rotating shafts and a series of sails that can be rolled out and rolled in complete safety with total control of the entire sail surface.

Its design was certainly inspired by the Maltese Falcon first sailing yacht with DynaRig rig built by Perini Navi between 2002 and 2006 on behalf of the owner the American billionaire Tom Perkins.

It was almost natural that the shipowner to build his particular boat would turn to the same professionals who designed the Falcon Maltese from Ken Freivokh and Dykstra Naval Architects who are the only ones able to further develop this new technology with sailing propulsion . 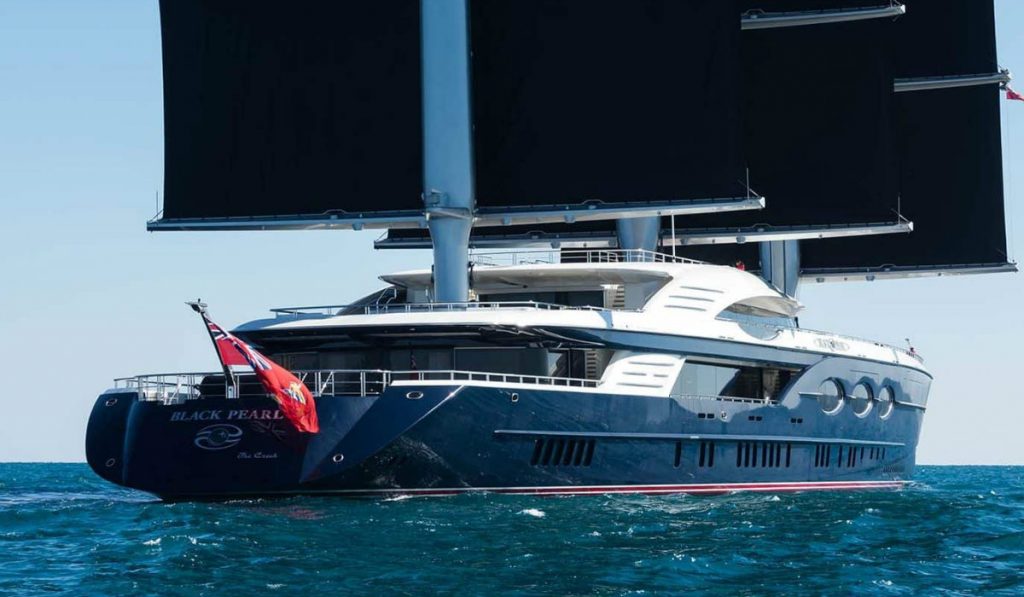 The construction of this boat has been very troubled and complex and at the end the total cost is probably around 200 million dollars.

The creation began in July 2010, when Ken Freivokh was commissioned to design this futuristic boat.

In November 2011, the Ken Freivokh Design studio together with Dykstra Naval Architects propose a first project of the boat about 10 meters long, less than the one actually realized. 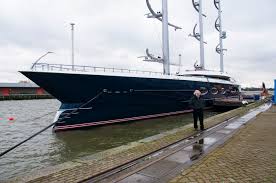 This project was very important because it allowed to implement the tender by calling on the seven shipyards the most accredited in the world for its engineering.

In 2012 the owner together with the Moran Yacht & Ship brokerage company, known for his experience in the construction of luxury yachts and more, decided to entrust the job to the Dutch shipyard Oceanco, a world-class manufacturer of customized superyachts in the range 80-140 meters.

The Venetian design studio Nuvolari & Lenard, who had collaborated with Oceanco for the construction of some mega yachts, joined the NL242 Black Pearl team, thus renaming the project. The interior and exterior of the boat were redesigned, thus modifying the original design.

In particular on Black Pearl, the Venetian studio, always in perfect harmony with the Dutch shipyard, inserts the original and distinctive flared bow, to make the waterline as long as possible with the aim of offering an aggressive look to the bow and an improvement in performance. In addition, the side platforms are designed in such a way as to provide continuity to the lines of the superstructure of the yacht and protective against the side winds. 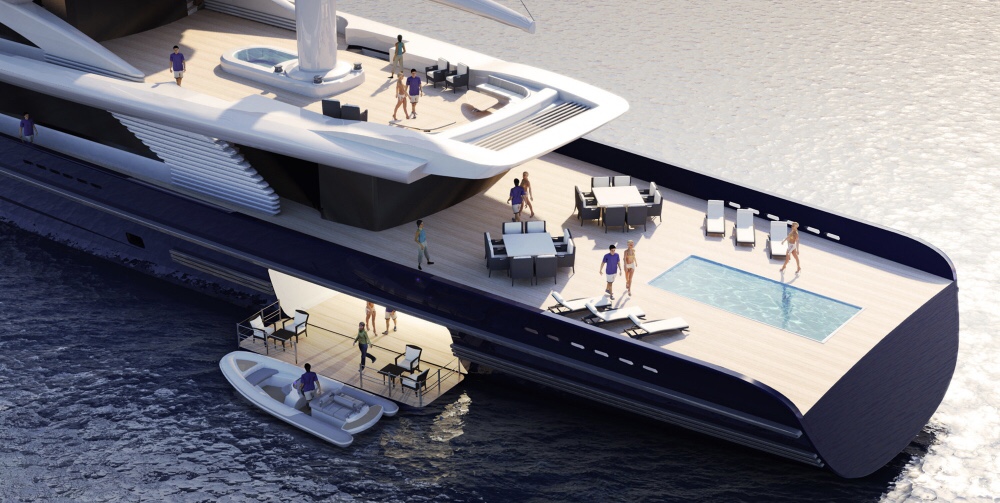 Before the final realization, the details of the yacht continued to develop with the creation of a scale model, where all the specific requirements of the owner were received. In the end the original project was also varied in length touching almost 107 meters.

However, the main feature of Black Pearl, as it is for the Falcone Maltese, is definitely the type of the sail plan. The DynaRig system allows you to adjust the angle of the sails, through the rotation of the trees. The three carbon masts, of which the highest reaches 70 meters, made by Dykstra Naval Architects along with the navigation system, support a sail surface of 2,900 square meters of black canvas. 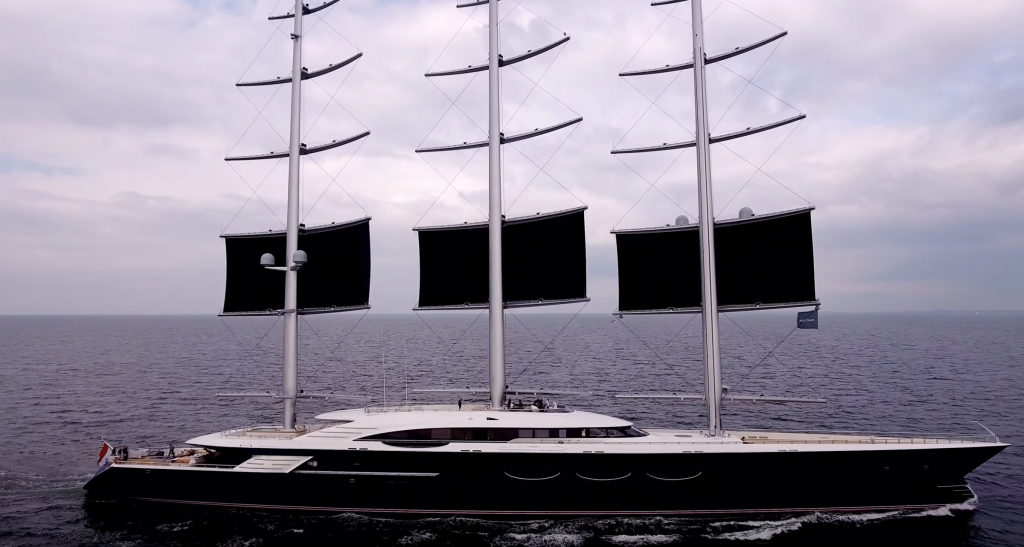 The sails when they are furled are not visible, they come out directly from the tree and open as if they were the curtain of a theater stage. The opening time of the entire sail plan takes place in seven minutes, activating only a series of commands. Each tree is independent and the sail area of ​​each tree is divided into five small sails that open along the tracks of the yards rigidly fixed to the trees. The fifteen square sails are placed between the building sites in such a way that, when they are deployed, they do not have empty spaces between them, creating a single panel to capture the wind. It is undoubtedly the most advanced sails system ever installed, which allows the Black Pearl to navigate the wind in any direction. 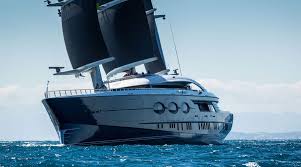 Navigation is always guaranteed for the presence in the machine room of a complicated hybrid propulsion system that allows the boat to reach a maximum speed of 17.5 knots. The yacht also features heat capture technologies and storage batteries to capture the energy generated but not immediately used, with batteries that are recharged both when the boat is hybrid propulsion and when sailing it all masterfully realized by the Dutch shipyard Oceanco in collaboration with Nigel Gee, a company specialized in the design of ships for the renewable energy sector in the open sea.

For the interiors, the owner has chosen the Louis XVI style with many references to the Art Deco. The style of the French king deposed by the Revolution is characterized by classic and elegant lines.

The Nuvolari & Lenard studio has also developed interior design, in particular Valentina Zannier responsible for the interior design of the Venetian studio with the assistance of the French Gerard Villate, who took care of some details.

In addition to the finest and sought-after materials used to make the interior, the yacht is equipped with many amenities that make life on board as pleasant as possible, including a hot tub on the deck, a swimming platform and below deck extends a large garage , where to park all the “gems” of the owner, including the various equipment for trips ashore from the boat. The yacht can accommodate up to 12 people in six cabins, 18 crew members in nine. 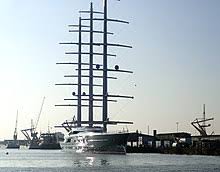 The owner is Oleg Burlakov, a Russian billionaire who works in the banking, cement and natural gas sectors and is on the list of the 200 richest entrepreneurs in the world.

The final project was born in 2012, the boat was delivered to the owner only in March 2018. The boat was put on the water for the related tests at the end of 2016. Since then and until March 2018 has been subjected to various work of tuning and tests that testify to the complexity of this impressive project involving an international group of designers, engineers, naval architects, builders and project managers. Among the most representative designers Ken Freivokh Design, Nuvolari & Lenard, Valentina Zannier, the French Gerard Villate who developed the project. The naval architects of Dykstra Naval Architects who designed the DynaRig rig trees and the navigation system, Nigel Gee who collaborated with Oceanco to create the hybrid engine along with other onboard systems for energy recovery.

In the realization of this superyacht not even the figure of a far-sighted owner who during the construction phase has been actively present with his choices, requests and availability not only economic, which in the end has had a great impact on the splendid final result.

Finally, the Dutch shipyard Oceanco, one of the best in the world, through its CEO Marcel Onkenhout, commented on the project:

“In reality, Black Pearl was not an experiment, it is a real challenge in the field of yacht construction”. “Because everything that has been put on the drawing board has never been done before.” 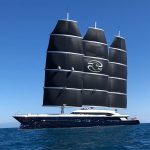 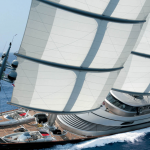 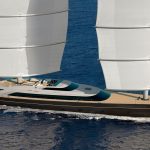