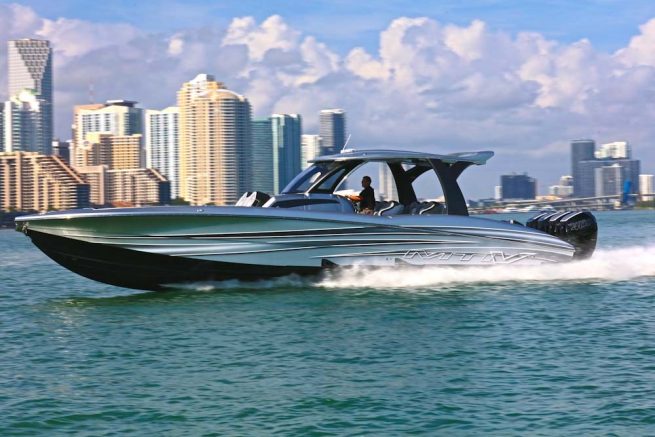 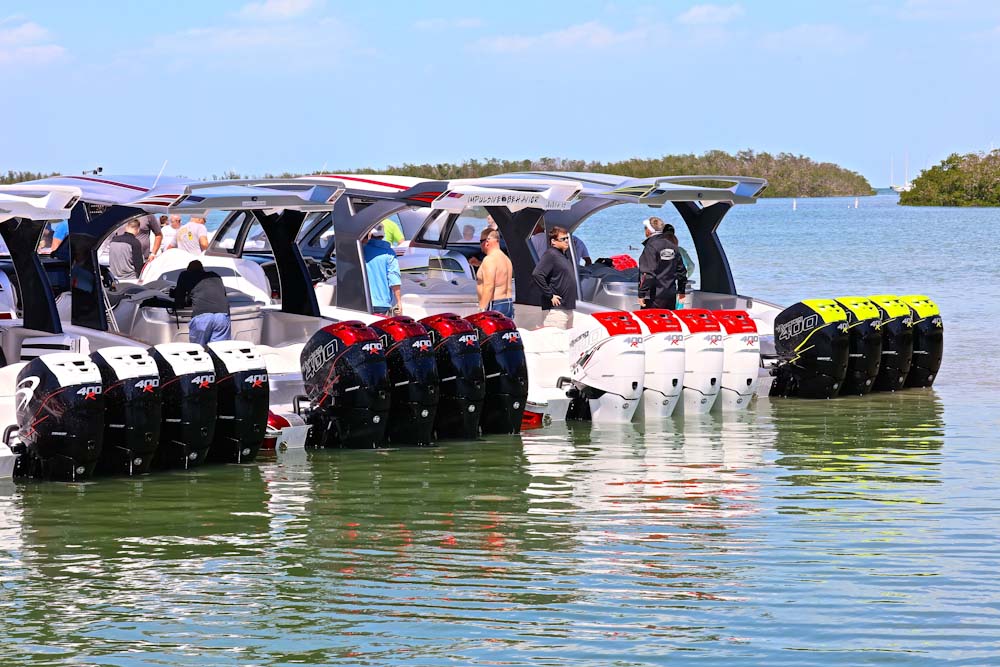 The central console boats are designed to facilitate on-board travel. They are open boats of variable length, motorized always with outboard motors, or mounted directly on the transom or installed on correct supports for the engines called brackets. 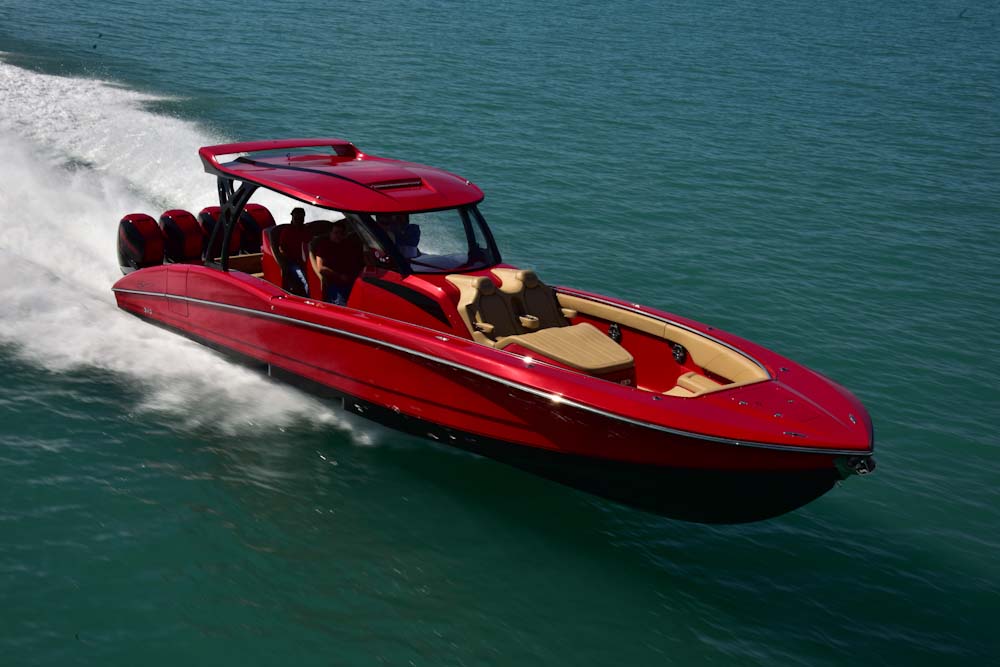 The distinguishing mark of this type of boat is CC, they can have from 1 to 4 engines, according to the length. They are very spacious boats in deck from bow to stern and normally inside the center console have a small closet some even with a toilet, they are usually equipped with ample space for stowage with many lockers, live and catch tanks and are boats very manageable. They are ideal for day trips and are used for surfing, fishing or water sports with your family and friends. 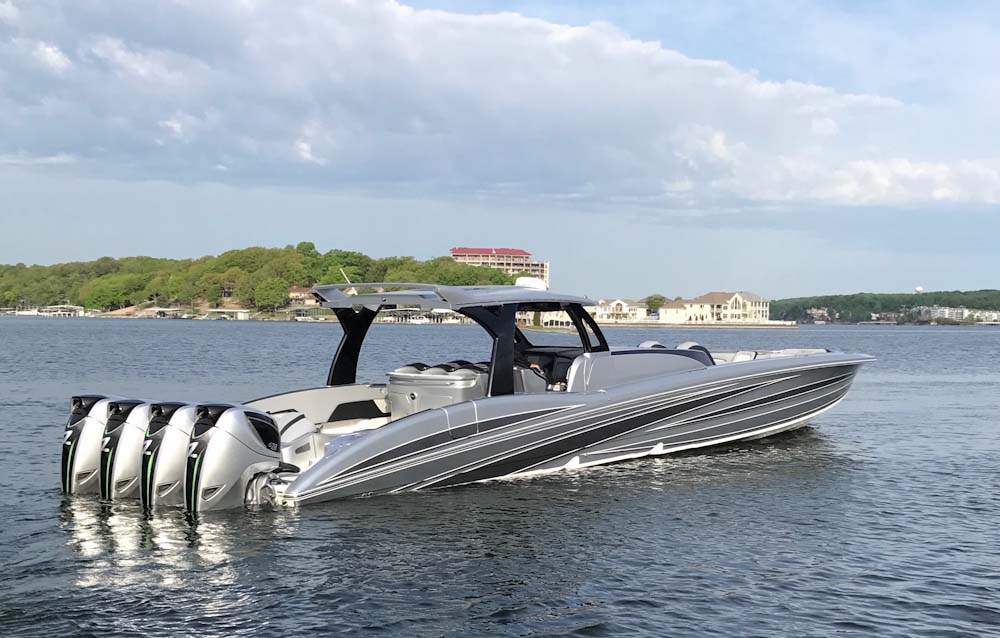 There is a great competition between the shipyards because they are among the best-selling motor boats. In the United States, an impressive center console, 17.37 meters long (57 feet), called V 57, has been launched on the market, a great open hull equipped with all kinds of comfort. The surprise does not end here because the 3.63 meters wide boat weighs just 9.500 Kg a big difference compared to boats of the same size. 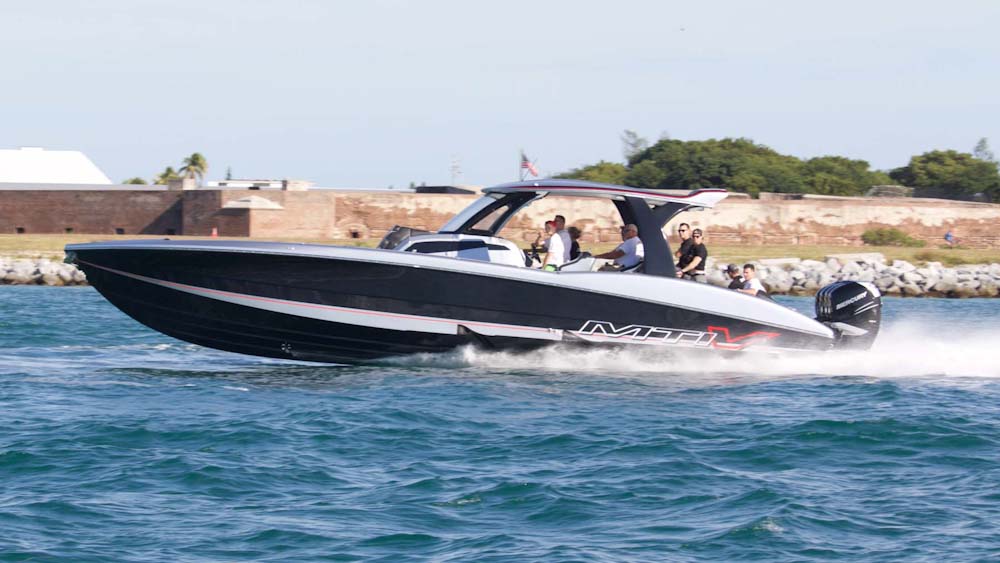 This was possible because it was created by the shipyard Marine Technology Inc. (initials MTI) founded by the famous Randy Scism, a powerboat pilot who won offshore competitions around the world piloting the fastest catamarans before joining the Victory Dubai team as general manager and class 1 pilot to compete in the UIM Class 1, Class 2 and Class 3 offshore world championships.

Randy after having gained extensive experience in design and engineering in 1999 decided to found the shipyard Marine Technology Inc. immediately starting production of his first offshore racing boat and almost immediately his boats began to win. 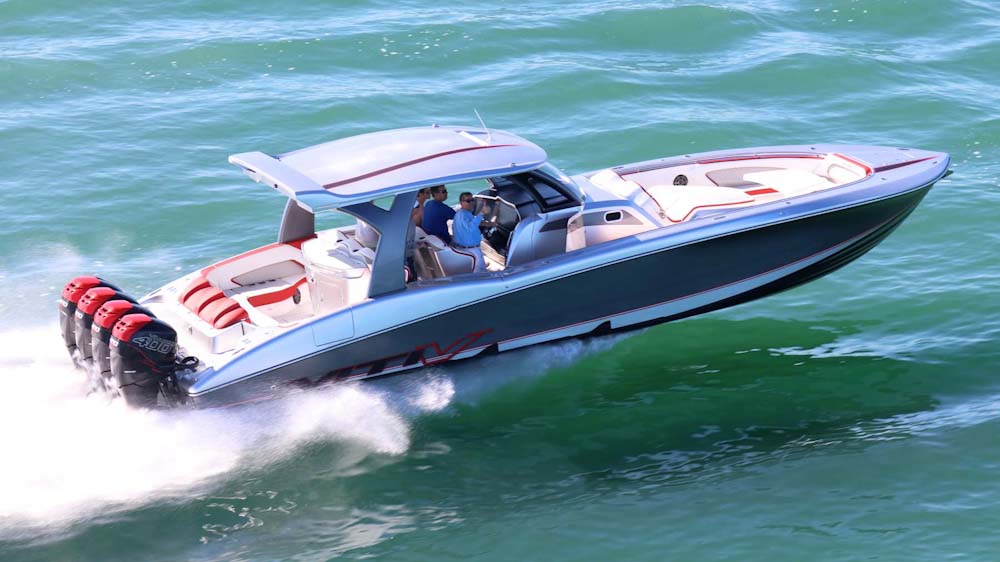 After winning several European and world offshore championships, the shipyard has also started to build pleasure boats while maintaining the same style as the construction of racing boats, starting from the hulls where they are made with the same materials and construction methods of the catamarans used for competitions.

The typical MTI system is an epoxy resin construction with a sandwich structure, which is then cured with a curing or resin curing thermal treatment. This process ensures lightness and greater strength of the structure. 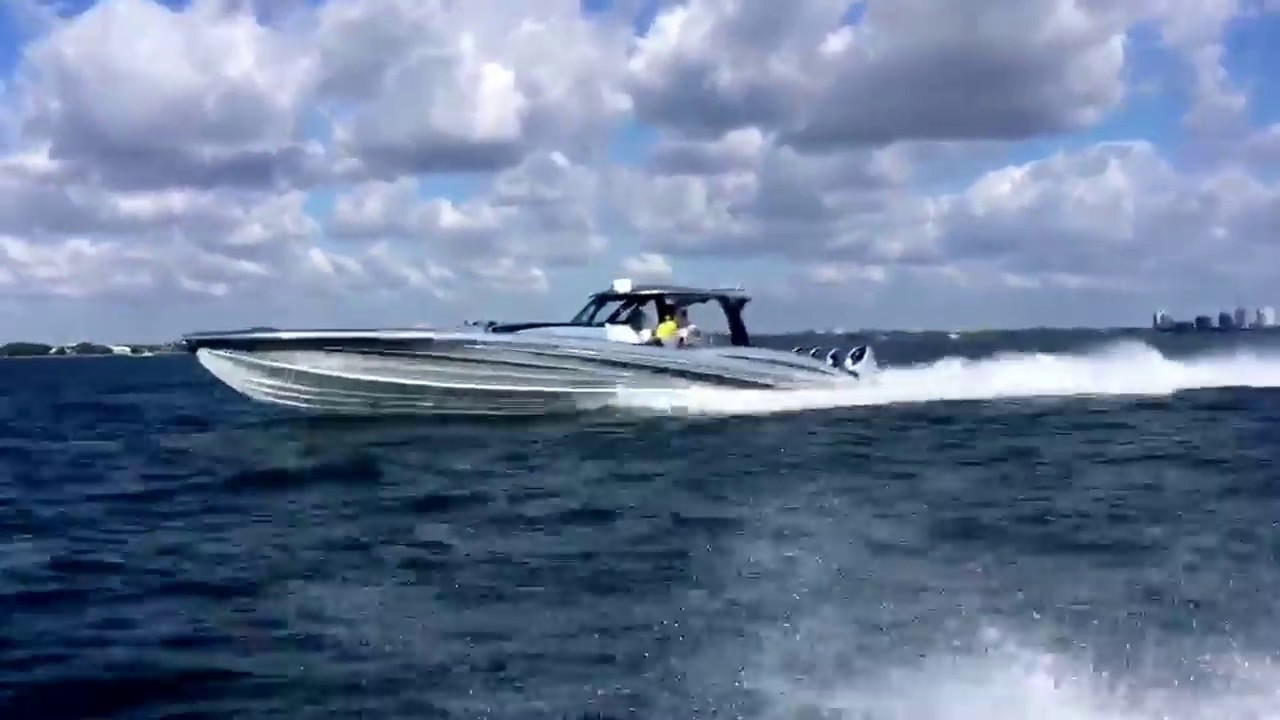 While the design of the hull has been patented to ensure a pleasant ride, and sliding on the water with a very special hull. In fact, inspired by the constitution of the catamarans that we know have two hulls with a central tunnel have invented a deep keel Vee or Vee Bottom, as the Americans call, where at the top of the V has been grooved a tunnel and this form that allows the hull to have excellent stability of course in a straight line and a remarkable handling in the turns. 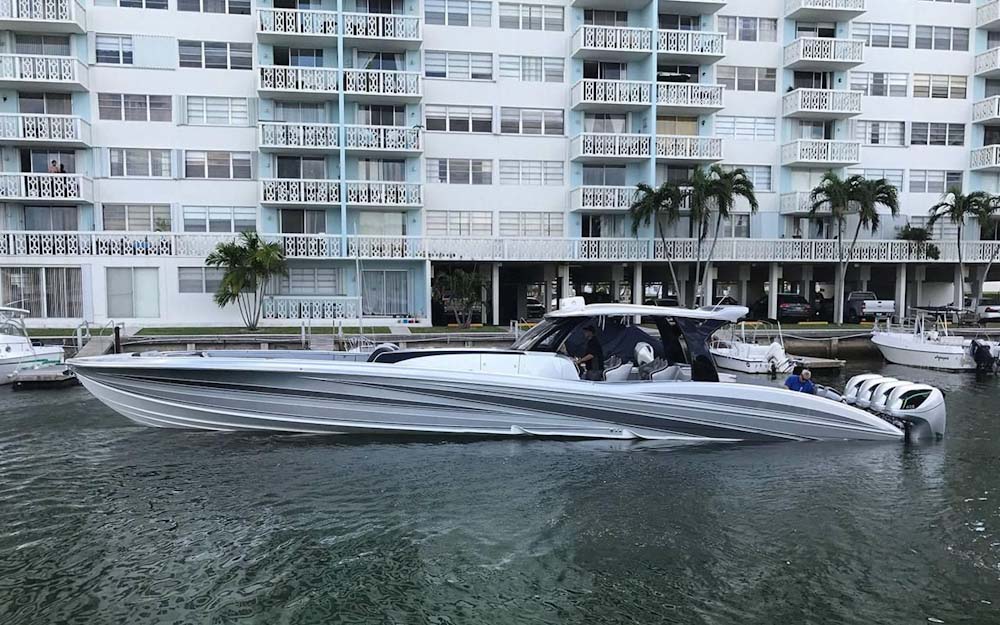 In the end, the result was truly exceptional. V 57 is a light and sturdy recreational craft set up in perfect MTI style. The boat almost seems to detach itself from the water and keeps its course perfectly as it corrected on the tracks.

T-Top of cover is placed directly on the sides and has been made entirely of carbon to lighten the construction and do not raise the center of gravity. There are also other carbon elements both on deck and below deck but they are used only for aesthetic purposes and not to reduce weight. 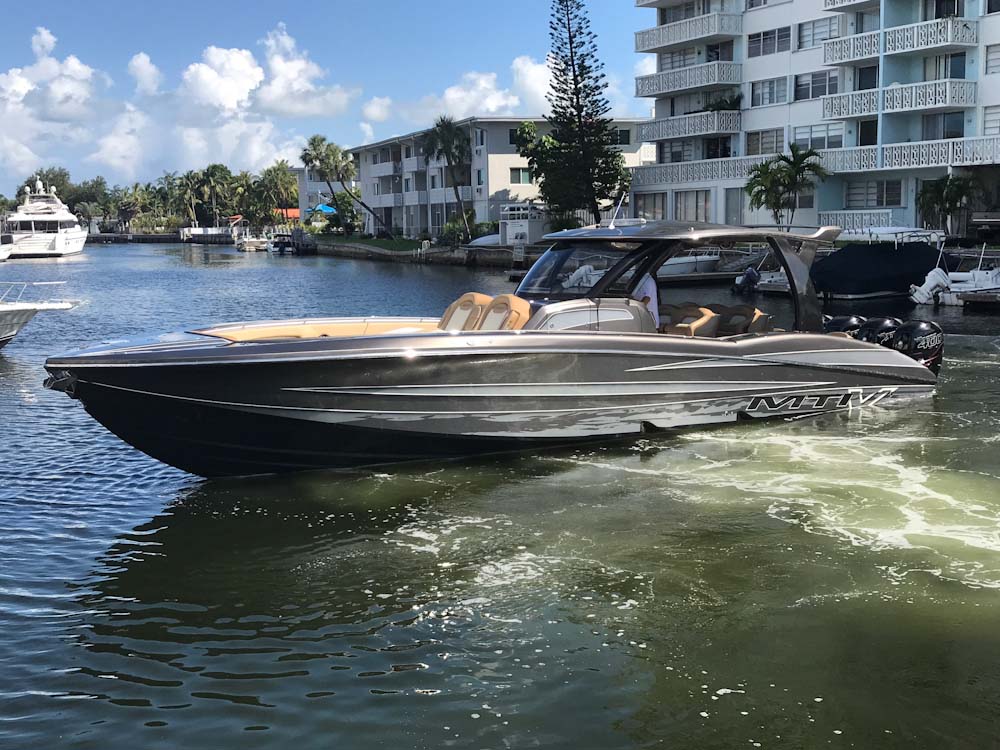 The steering position has an extendable rudder and throttle comfortably close with a first dashboard close together with a platform on several levels so that everyone can adapt according to their size, while other huge control displays are installed in another dashboard more far away with recessed screens for legible beings even with full sun all this to create a comfortable ride as possible. Only a pilot like Randy Scism could study such a pilot station.

The boat is gigantic with a huge deck space. At the bow you can sunbathe even in navigation thanks to the presence of two anatomical and enveloping armchairs. Below deck there is space to set up a seating and dining area with kitchen and services. There is also the XSF version equipped for fishing.

MTI-V 57 is equipped with 4 400hp Mercury Racing 400R engines each, but only two or three engines can be used. Even if those who spend about 1,500,000 dollars without accessories, it is difficult to settle for a solution with only two engines. The 4-engine configuration allows the MTI-V 57 to easily reach a speed of over 65 mph equal to 104 km / h with top speeds reaching 68 mph equal to 109.44 km / h. 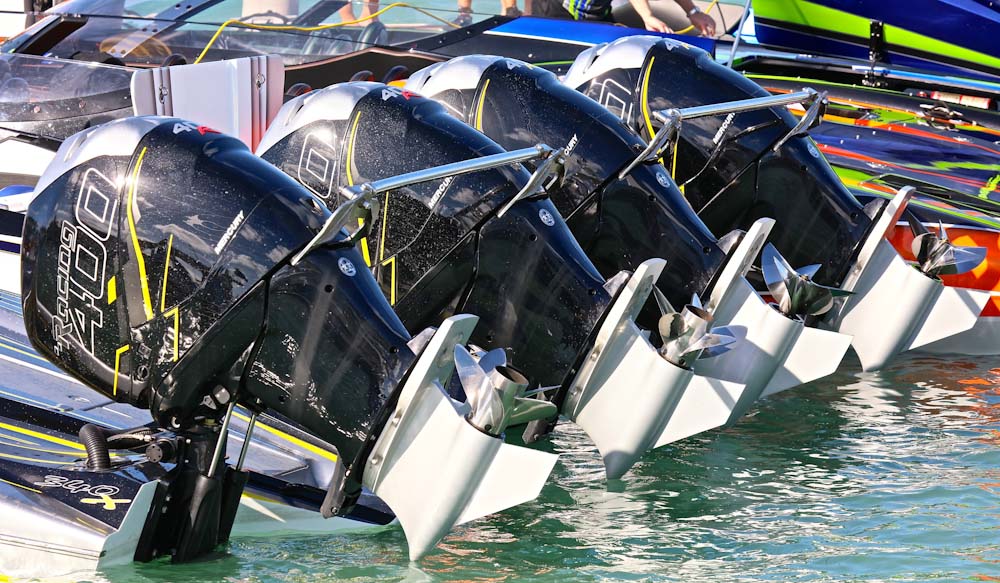 Other choices are available with more powerful engines like 4 Seven Marine of 627 hp with this setup the maximum speed touches 80 mph equal to 128.75 km / h. However, we need to evaluate this type of solution because excluding engines only the modification of staging costs around $ 300,000, the greater speed has an ever-increasing price. Obviously the tests to evaluate the speeds were performed with stable marine weather conditions.

Those who require a higher speed in a boat do not do it only because speed creates emotions. Because that perceived at sea is higher than that recorded on the ground so slipping on the water at 60 knots is much more exciting than going at the same speed on a car on the highway at about 111 km / h. It is also because speed is an element of extra security because those who surf, know that in some situations it is better to have the speed that not having it anyway is an added value because when you need it, you can use it. 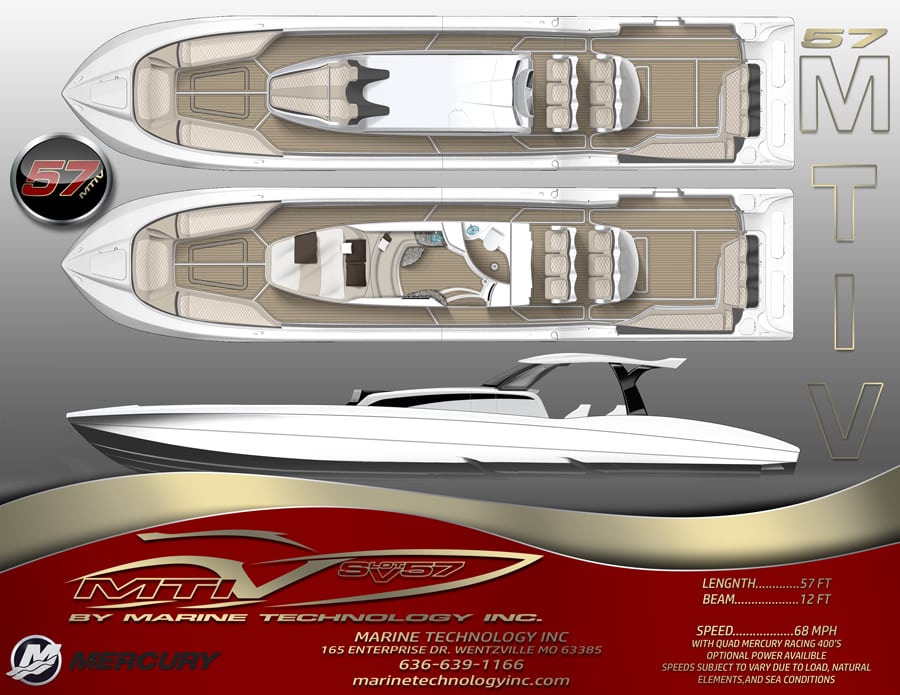 For example, many sailors through the speed have escaped from tornadoes just in time to moor in port their boat in this case the speed of the hull was crucial to avoid a bad situation that could be created offshore. Obviously, a boat is not only valued according to its speed, in fact, the V 57 is a fast, maneuverable boat that is luxuriously equipped to satisfy the most demanding customers. 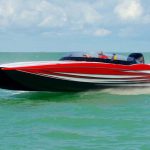 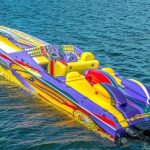