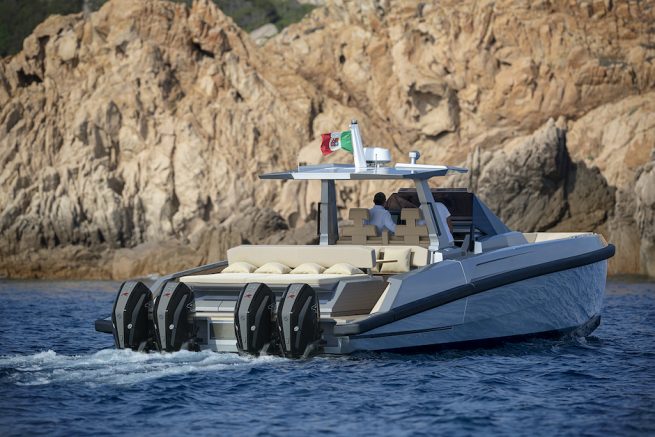 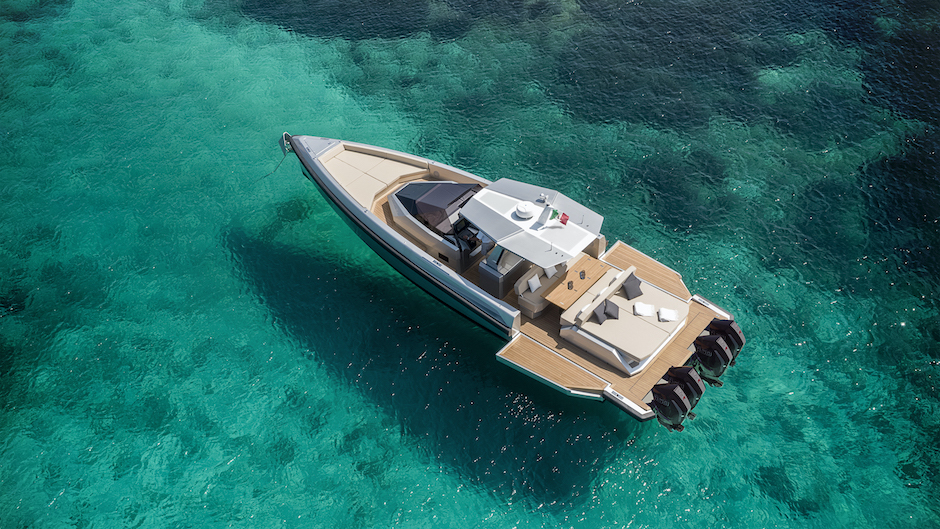 Increasingly powerful, light and reliable outboard engines that push ever larger boats, this is the demand of today’s market and the manufacturers are doing everything to satisfy this request which is also creating new opportunities such as those of powering new boats already launched with outboard engines or build new boats with both inboard and outboard engines.

Like the 48 Wallytender a famous inboard motor boat with composite and carbon fiber hull of the 14.50 long Wally brand built immediately after the strategic acquisition of Wally by Ferretti Group.

Launched on the market in 2019, it represents the synthesis of Wally’s experience in the construction of motor boats where most of the experience gained over the years for the construction of the Wally Tender yacht or its older brother Wally Power 47 has been transferred in a modern key and for some solutions also of Wally Power 118 the most famous yacht in the world of the Wally brand. 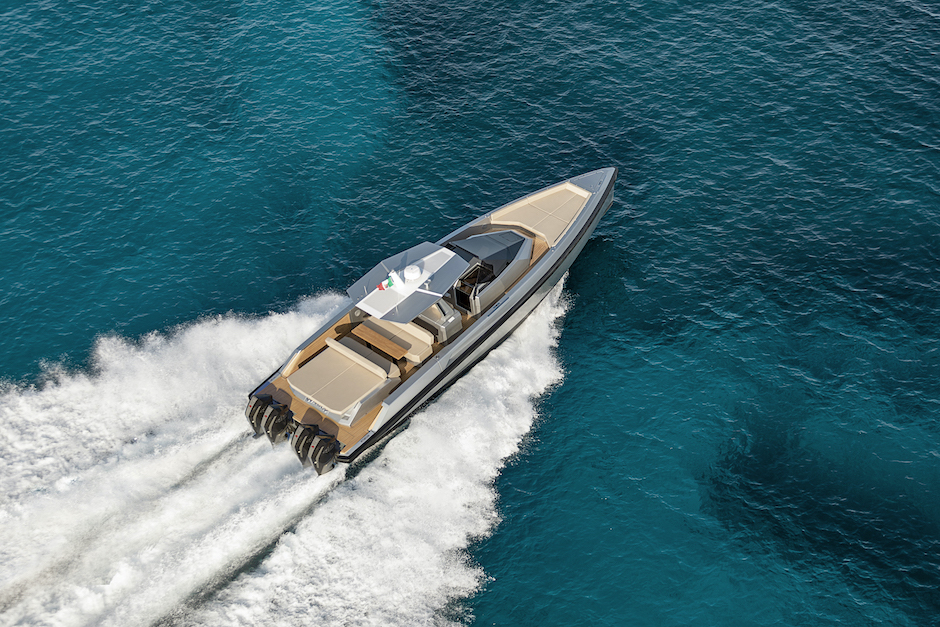 For the first time in the current year 2020, Wally and Ferretti Group will put on the market the 48 Wallytender X a new 48-foot outboard version that will have a higher speed than the already large speed of the same model in inboard version.

The choice of the type of outboard to be used to push the boat will not have been easy also because currently there are several outboard engine manufacturers that could push such long boats with a certain pace.

In the end, the choice fell on a double pair of 450R outboard motors, the most powerful and reliable and technologically the most advanced of the moment of the Verado line made by Mercury Rancing launched on the market in 2019 with an unprecedented emotional power of 450 hp.

A 4.6-liter V-cylinder engine with a 2.4-liter volumetric compressor which, due to its high reliability at maximum speed, is attracting a lot of interest especially among companies that build high-performance boats.

Let’s say right away that for the two versions, apart from the elimination of the engine room obviously, nothing changes on board.

In recent years the demand for boats that use outboard motors has grown enormously because you have the possibility to customize your boat to the maximum by selecting not only the power but also the type of outboard to be installed. A trend that started from America where the market is more flourishing then gradually spreading to the rest of the world. This is because stimulated by a clientele that shows a preference for this type of engine, the manufacturers over time have developed increasingly powerful outboard engines, electronically controlled both individually and inserted in one of the multiple applications where two, three and even four are installed or more outboard. 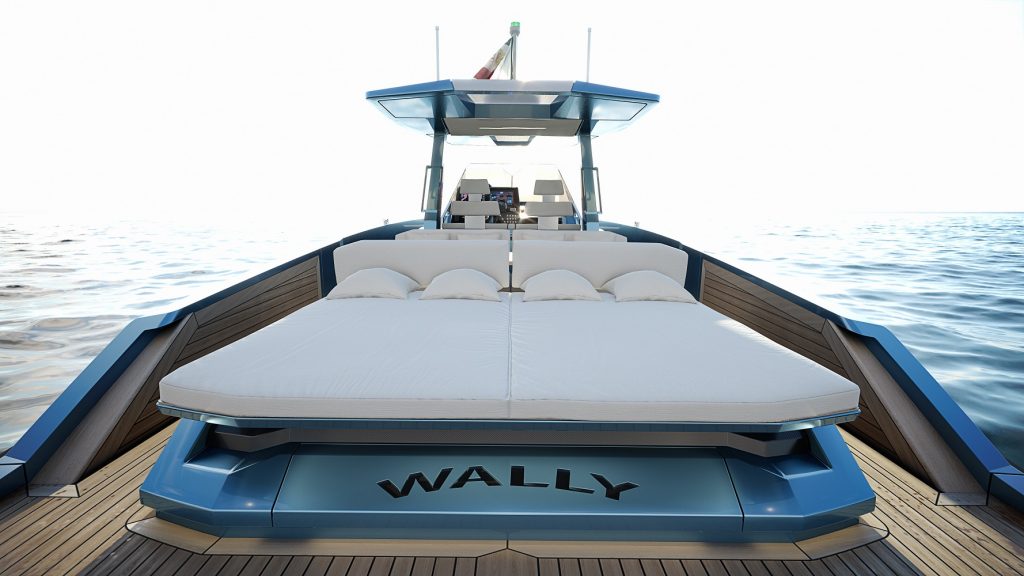 In America today having a 14-meter boat powered by four high-power outboard motors is normal there are hulls of 18 meters which even have 6 of these engines.

In Italy but also in Europe, making a configuration with 4 Mercury Verado Racing 450 hp outboard motors is currently still something truly exceptional.

In America, on the other hand, it is the ideal boat for many owners who love strong emotions such as the thrill of fast sailing and to enjoy a day at the beach, with an elegant and spacious cabin below deck.

Surely therefore the 48 Wallytender X has all the requirements to arouse strong interest in the American market.

The main feature of this boat however is the exterior. The deck was developed to experience the sea in complete relaxation and safety in the open area both when sailing and when you are standing still and as Luca Bassani, founder of Wally himself says:

“The Wallytender represented the desire to experience the sea in the open air and the pleasure of day-boating sailing. Today we are proud to introduce the renewed version of the original Wallytender on the market, where these concepts are further developed “

The more marked development compared to the previous versions regards the increases in internal volumes to obtain a more habitable cabin with bathroom and shower. 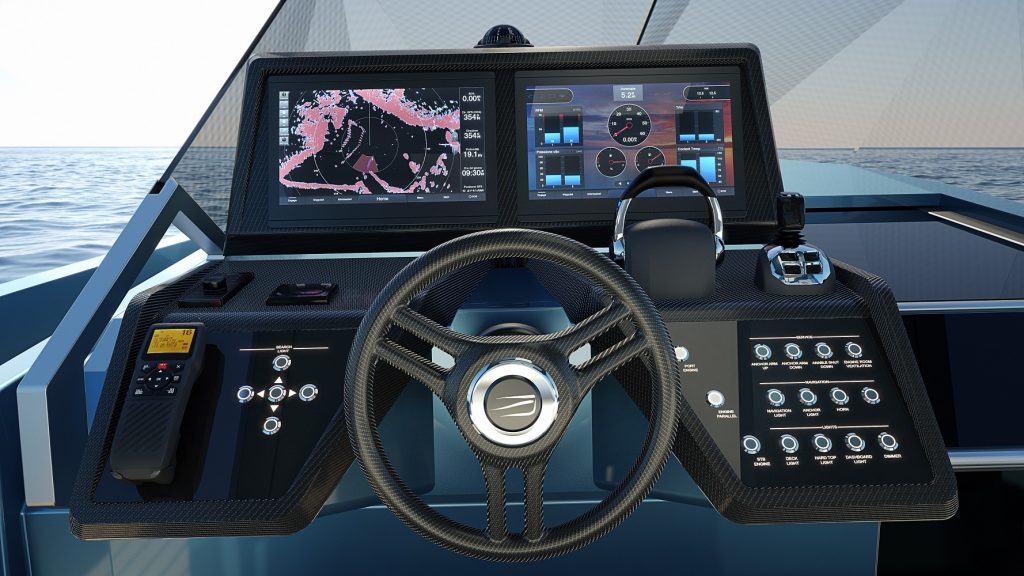 Even the outboard version of this innovative day cruiser represents the ideal solution to reach tourist destinations with speed and safety and maximum handling while enjoying navigation right on the open spaces. As well as the inboard version in the cockpit, guests can take advantage of comfortable seats and enjoy the dining area thanks to the kitchen cabinet equipped with two cooking plates, a sink and an external fridge. Another fridge can also be found in the cabin below deck which remains the same, with the double bed in the bow, the living room in the center and the separate bathroom.

During navigation, the seats in the cockpit can be positioned facing the gear, while when standing still they reposition themselves around the dining table.

Aft there is a large and equipped sunbathing area protected by deep side walls. On command these sides open up increasing the available space of the stern platform creating a magnificent beach club space even with outboard motors.

At the bow of the boat we find the command area protected by a hard top, with a pair of metric seats. But also the cockpit and the bow deck can be repaired if necessary through ultralight folding bimini that can be disassembled, among other things, stowed in the locker behind the seats.

The hull is protected by an incorporated fender for maximum protection when maneuvering along the docks and hidden mooring bollards. The anchoring operations are facilitated by the presence in a bow hatch of a particular Besenzoni system, equipped with an extendable arm.

In the inboard version lockers very useful for storing water games such as an inflatable sup and diving equipment are located under the bow sundeck or in the upper section of the stern sundeck under which there is a large stowage space. completely raising the stern sundeck where for the standard configuration we find the new Volvo Penta IPS650 engines (coupled for a maximum power of 1020 hp) equipped with joysticks and capable of making the boat reach a maximum speed of 38 knots. Instead with the outboard version in addition to freeing up a large space previously occupied by the engine room that can be used as another stowage locker, from the first tests in the water with the 4 powerful Mercury 450R engines the maximum speed reached is 55 knots, in addition Ferretti Group has declared an autonomy of 320 miles at a cruising speed of 40 knots with a full tank of fuel that is 1,400 liters.

As for the inboard model, the 48 Wallytender X is also equipped with the electronics that controls the outboards and the joystick to facilitate maneuvers during mooring. 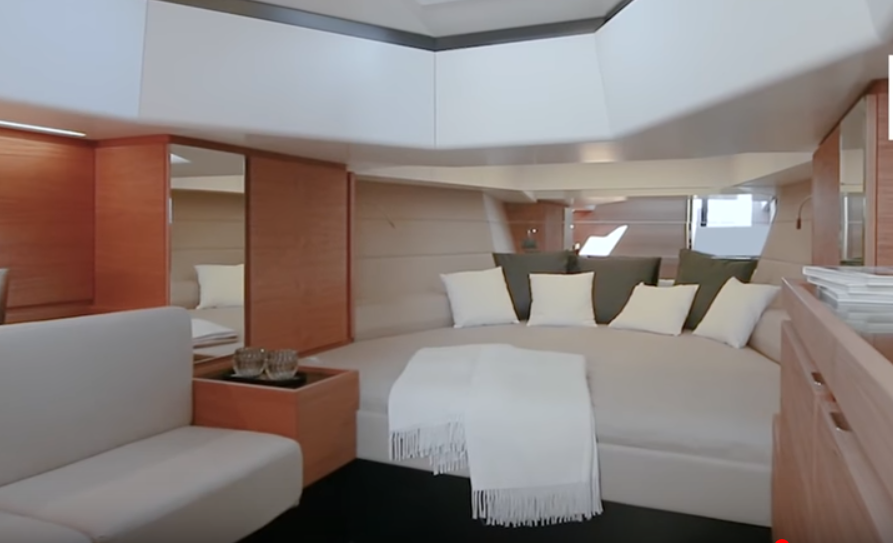 For many hulls where the outboard solution is envisaged which provides for the engines mounted directly at the end of the transom a further advantage is the ease of maintenance for the eventual replacement of the engines, in addition to the removal of the noise and vibrations generated by the engines themselves , however we must say that access and disembarkation can be inconvenient due to the size of the engines and many times you have to give up the swim platform and this is a great deprivation.

This is not the case for the 48 Wallytender X because the four engines installed at the end of the transom are mounted two at a time to the left and right of the hull to allow easy central passage to the swimming platform and create an area that is comfortable for get out and get on board when the boat is at the dock.In addition, with the outboard motors raised, the effective draft is reduced to 70 cm (2.30 ft) at full load. 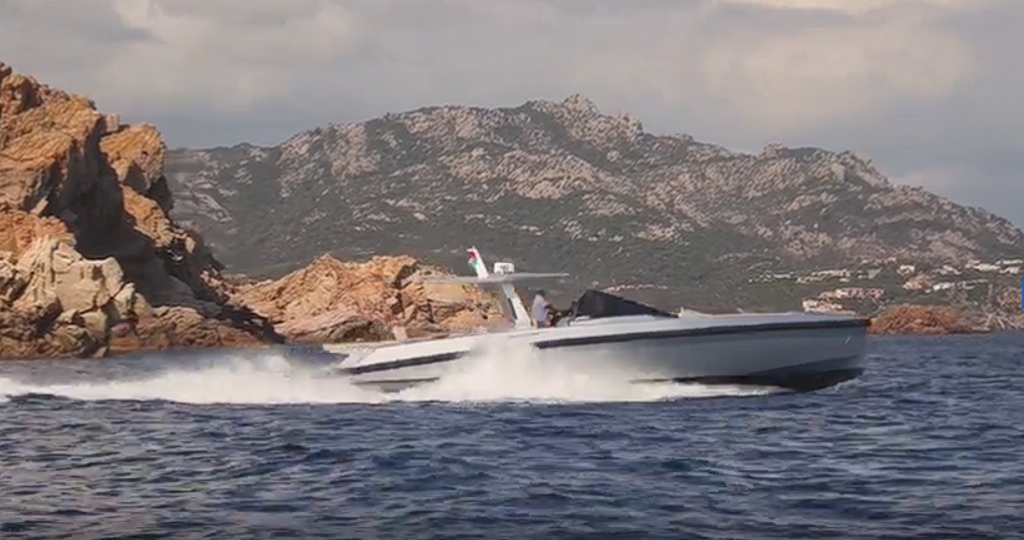 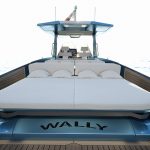 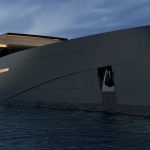 Wally, Winch Design and Nobiskrug together for Explorer 83 m to enjoy the world. 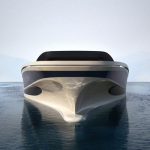