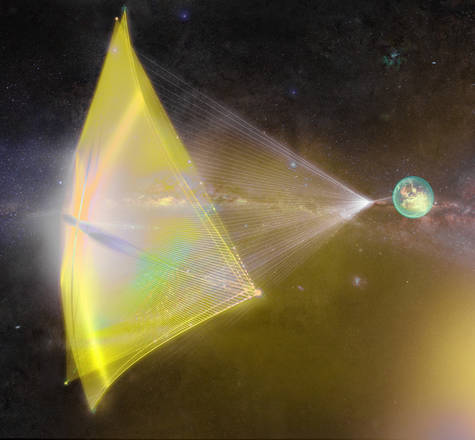 A sail that can guarantee the propulsion of the boat even in those days where the sea is calm, with no wind in full swing as often happens in the Mediterranean, would be a surreal magic sail.

Because in the absence of wind with the flat sea if you do not have a powerful engine on board, you are likely to go drifting or rowing, or at best swinging. This is the main reason why a mid-size sailboat is equipped with a onboard engine.

So great is the attention, which is fueling research on solar sails. The solar sails are those that are driven not by the wind but by the photons contained in the sun’s rays. The photons, they strike the sail and transfer part of their amount of motion to the sail that advances the boat just as the wind was. Imagine a sail that is oriented so that the sunlit part absorbs, but does not reflect, an energy equal to twice that of the obscured one. In this way one side of the sail receives a double thrust with respect to the other, and the boat can move and proceed as needed in a certain direction.

We are not talking about the Helios boat the Italian boat made with photovoltaic sails where the sails are covered by silicon flexible solar cells that capture solar energy which is then converted into electricity that powers a motor. 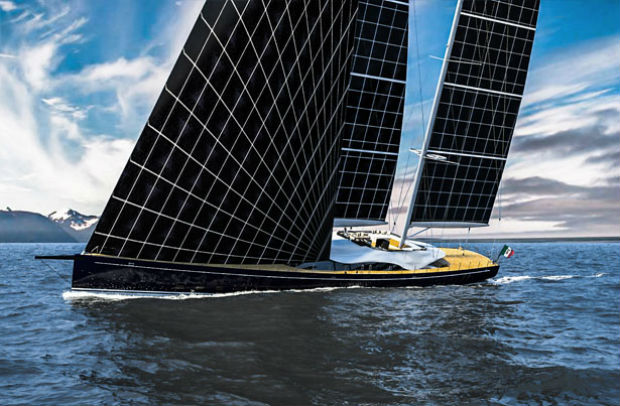 The sails that are being studied are solely suspended from the sun’s rays and do not provide any engine on board and at present it is not known even if, in addition to exploiting as propulsion, solar energy will be able to simultaneously exploit wind energy as well.

Solar waves are only in experimental stages, research is once again aimed at the materials to be used that can capture as many photons as possible. 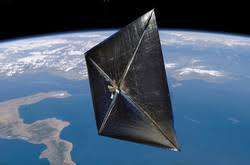 NASA began investing in solar technology in the late nineties. Technology has only developed by the miniaturization of electronics.

The benefits of this technology are that it is possible to realize small probes with solar sails and make them travel to the boundaries of the solar system always powered by the unexploded sun without using chemical propellants which would otherwise be exhausted. In 2010, a small sailboat was launched in the orbit, where it remained for 240 days and then returned to the atmosphere. In 2018, a small sail space probe should begin a trip to a distant asteroid. The development of this technology will one day allow low cost to explore the entire Solar System. 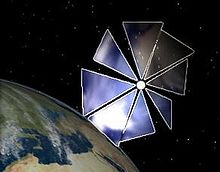 In the near future a ship equipped with a solar sail could accelerate to speeds greater than those reached by vehicles powered by propulsion rockets.

“In the end, solar sail is winning in terms of final speed for the hare and turtle principle,” explains Les Johnson, NASA’s Advanced Technical Concept Advisor at the Marshall Space Flight Center. “A chemical propulsion rocket can provide a great initial boost, but at some point exhausts the fuel. “Because the sail does not use fuel, it will continue to travel as long as the sun shines.”
Up to 25 years ago, “explains Johnson,” it was not possible to imagine a ship that did not need a giant sail. Today the miniaturization of the electronic components that gave rise to the smartphones also allows us to build small and lightweight sailboats with sails of reasonable size “

But let’s go back to earth is not the first time that aerospace research carried out by NASA itself or searches for military use are widely used in civilian life. Not even too far away, carbon fiber was first used in the aerospace industry, and is now largely used in the construction of hulls and sailboats. For this reason, it is not so much science fiction that it is possible that materials that can be used for the construction of solar spares for space use can in future be used for the construction of sailboats for use in evenings on dead calm days.  It would be really a spell if in the near future we could use the same sails both with the wind and with the sun. We will no longer need to turn on the onboard engines except in exceptional cases so the boats that run the seas would be really ecological. Science or science fiction will only discover it by living. 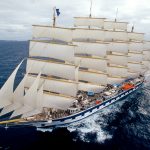 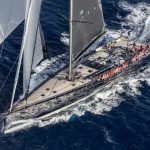 The My Song sailboat is the passion of a ship owner

The Aquijo sailing yacht is an exceptional team work. 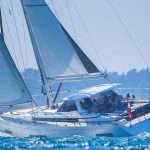