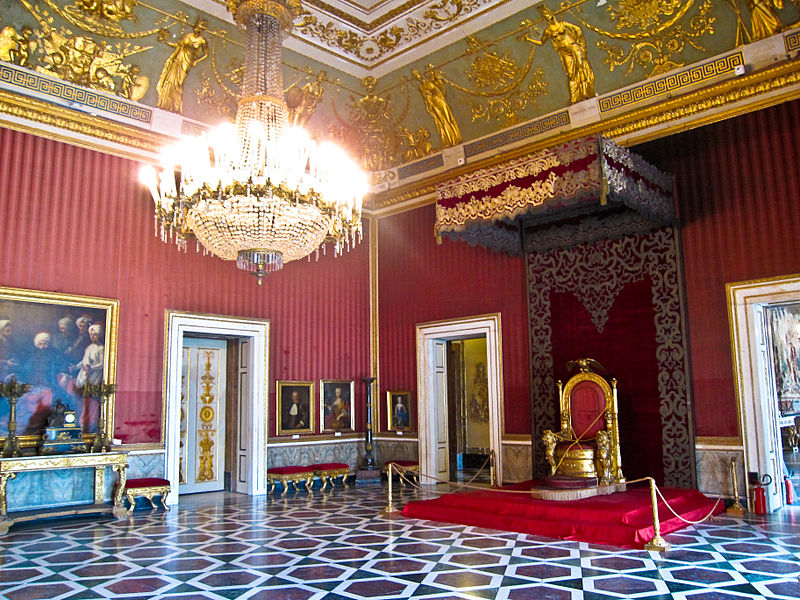 Before entering the Throne Hall where the king received his guests there are the first, the second and the third room of the hall. The first room of the vestibule or the Diplomatic Room, so called because in it were standing diplomatic delegations visiting the King, in Baroque style. 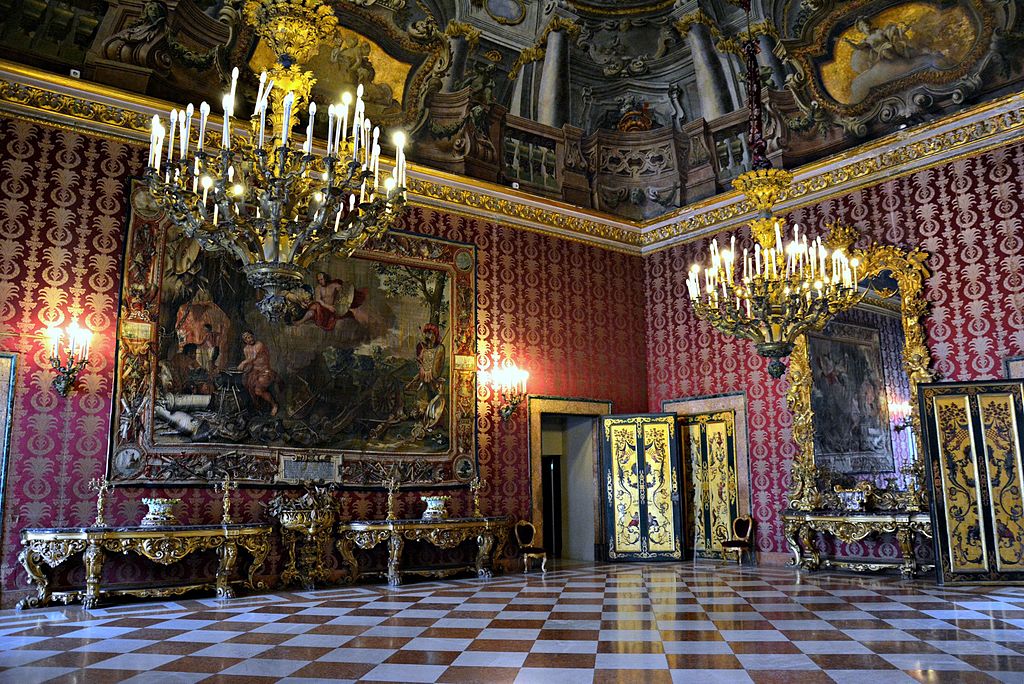 The throne room is recognizable only by the presence of the same throne, from portraits on the walls, the characters really existed between the seventeenth and nineteenth centuries. Among these we find the painting of the eighteenth century portraying Charles of Bourbon, King of Spain, who abdicated in favor of Ferdinand IV in 1759.

The sky instead of the room, at the center of the court is one element chandelier that illuminates the environment, is populated by female figures in greek and golden crown caftan each of these corresponding to one of the Neapolitan Provinces annexed to the city in the restored Bourbon Kingdom of 1818 including Molise, Abruzzo, Terra di Lavoro, Principato Ultra, captains, Bari, Otranto and Calabria symbol of the horse and the Trinacria, representatives Naples and Sicily. 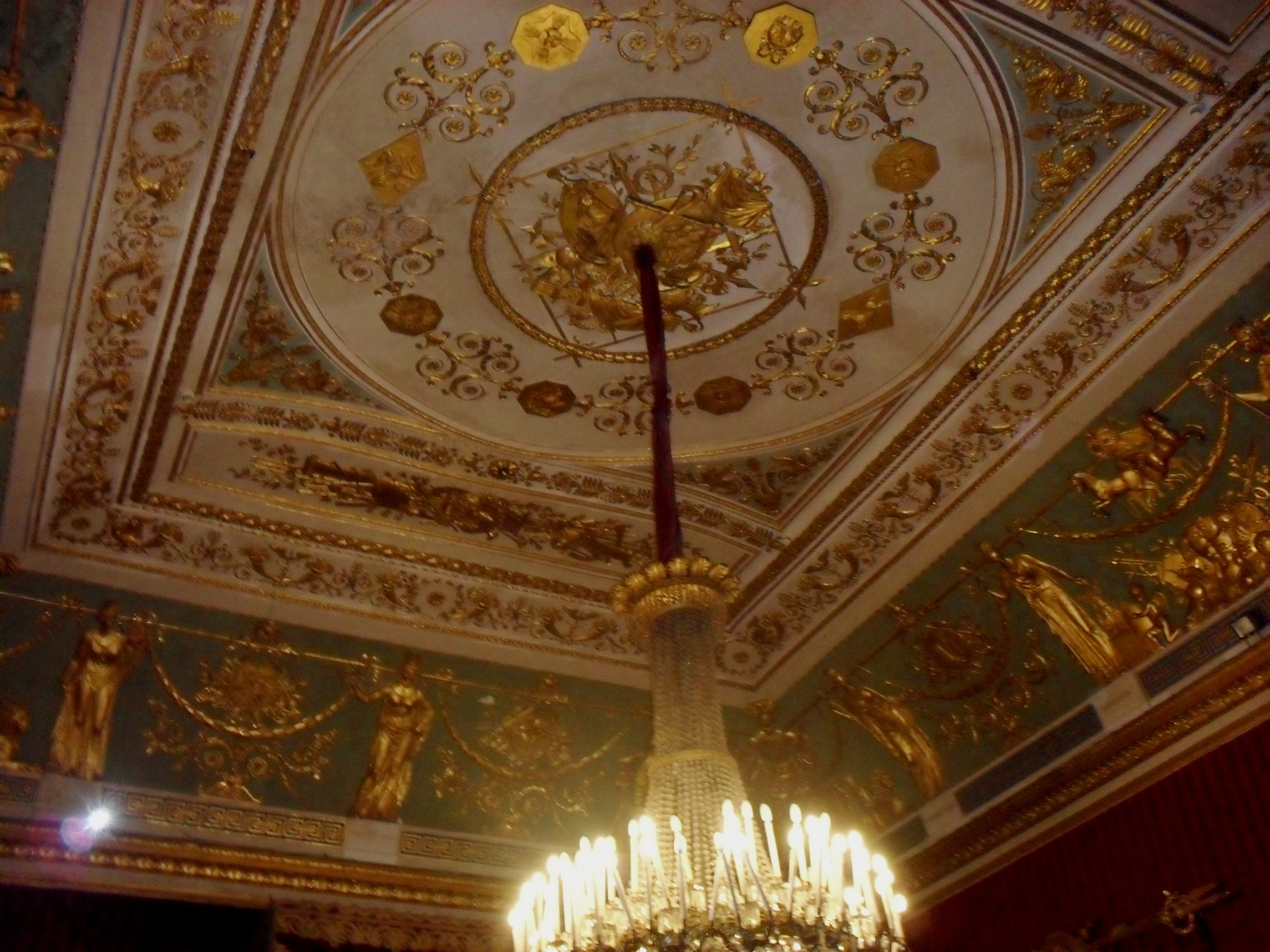 The marvelous design is attached to the layer of trellis and stucco, the support of woody species skeleton dated to 1600, beyond which it remains hidden the time realized by the grid of elements of ribs and strips with a configuration of an inverted ship’s keel. 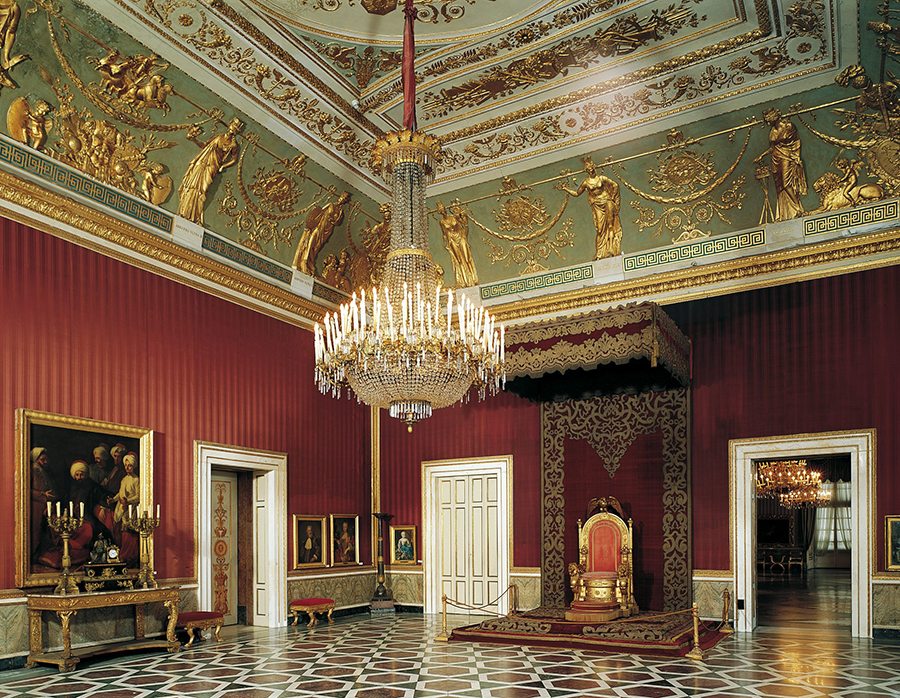 Giuseppe Bonito paintings of the Historical Turkish embassy and Tripoli, the date 1741, are copies of the originals found in it the court of Spain. In the hall between the paintings also King Vittorio Emanuele III of Savoy, portrait at an early age in a painting of 1784 following the Farnese and Saxony, the Braganza and the Habsburgs. 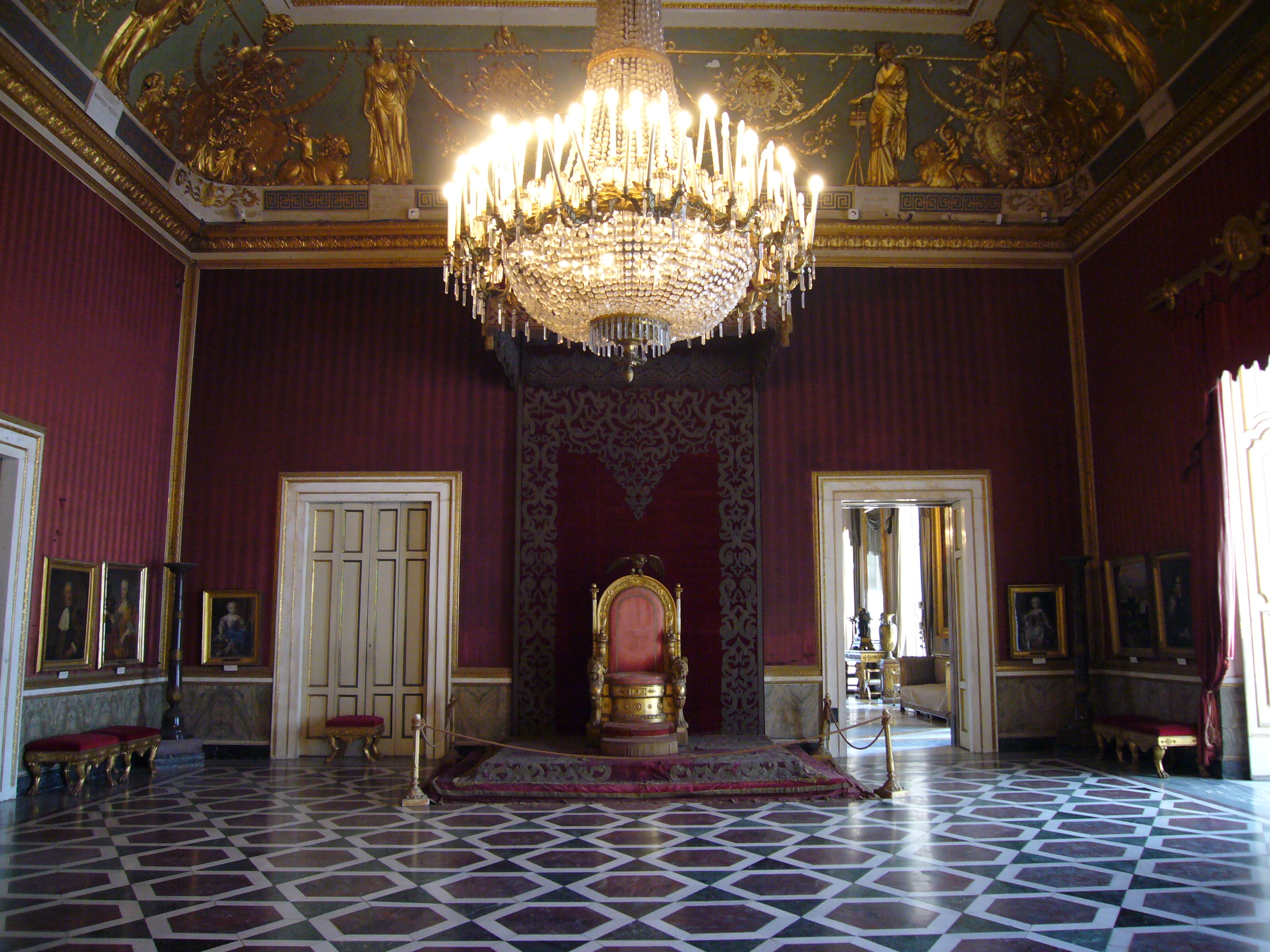 The throne is surrounded by a canopy of the eighteenth century in crimson velvet and gold braid, adorned with woven tapes that comes from the Palace of the Normans of Palermo, is completed with a crown with eagle and coat of arms of the Savoy period after the unification of Italy.

The furniture, in courtly style, is Neapolitan invoice and realized around 1840, including three of the eighteenth century gilded wooden chairs and upholstered in crimson velvet; date back to the period of the French decade four candelabra empire of Sarreguemines factory style, placed at the corners of the room. 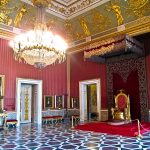