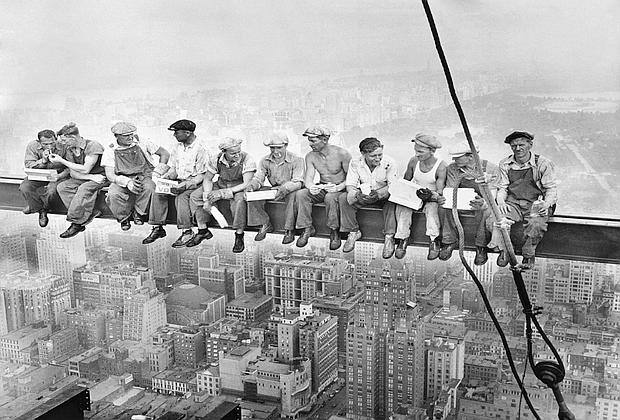 It’s a grainy black and white picture that you might have seen before, 13 men sitting on a steel beam, eating lunch with their legs dangling above a 1930’s New York skyline at a stomach churning height. And until recently, the famous picture, sometimes referred to as the “Men on the Beam” picture, was shrouded in a mystery of sorts — the name of the photographer was never known, or often misattributed. It turns out that a photographer with a colorful past as an one-time actor, auto racer, wrestler, hunter, fisherman and pilot by the name of Charles Ebbets shot the picture in 1932 after he was hired to chronicle the Rockefeller Center’s construction during the Depression era. REUTERS/Bettman/CORBIS